Back in December last year when I wrote about the series of Advent books that I had given my kids in the lead up to Christmas 2012, my friend Anna asked for a reminder in about October so she could get something similar organised for her kids in time for Christmas.

So here it is, Anna! 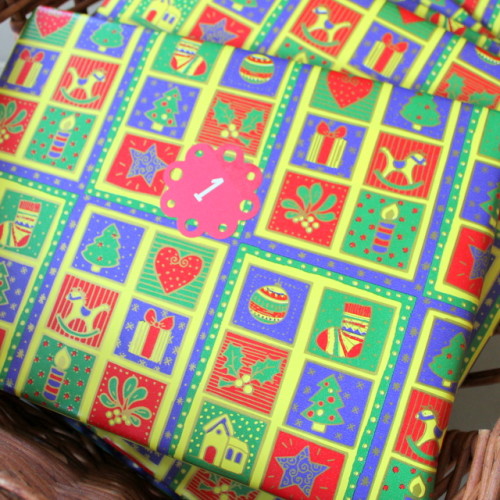 During the year, I had gathered enough Christmas kids books to give one to my kids each day of the Advent season starting from December 1st and leading to Christmas Eve. They were mostly picture books that I was worried they might grow out of. Some were religious, but most were various characters that they already knew from other books like Fancy Nancy and the Octonauts.

Each day of Advent, one of my kids opened our Advent calendar and the other opened a book. They took turns with each activity and loved it!

After Christmas, I packed them all away so they would still have novelty value for this Christmas.

This year I’m wondering whether I’ll re-wrap the books again, or just put them out on a special shelf so they can read them all again.